If you’ve followed me, you know I’m a strong proponent of using branded search words (and those New York Jets).

So this column might throw you a little bit out of the loop. We’re talking about using ads to target searches for the brand – but only from those who don’t know the brand.

I also thought the concept was nonsensical and against industry best practices.

But there is a way to make it work and make it meaningful.

Both essentially equal an audience that is in-market, brand-aware, driven to seek us out through a different form of media.

After I reminded them of my visions of increasing SEO + SEM 1 + 1 = 3, I sat down and tried to figure out how these Google ads would work, what they would look like, and how to define success.

Since the requests were the same but different, we had to come up with a game plan to implement them. And this, in turn, will affect the design.

To my surprise, this was actually simpler than expected.

Both clients are heavy users of Google Analytics (something I strongly advocate), which makes this design rather efficient.

We have created a list of all site visitors for Customer B and set the domain to 365 days on it.

We used this list for exclusion purposes, and it would be the Google Look a Like audience (eg Look a Like) that was created for monitoring.

Client N was a little different. They had window shoppers but never bought on their website so we needed a somewhat less aggressive attitude.

We created a list of anyone who made at least one purchase on the website and used the GA maximum range of 540 days.

We have used this list as an exclusionary one.

This allowed previous visitors to come and get bargains, provided they had not yet purchased them.

After that, we had to wait.

Both clients told us that the initial rollout would take four to six weeks to allow audiences to build some history and achieve any degree of effectiveness.

Ultimately, we saw site visitors go from targeted to blocked or diverted, based on their behavior with the site.

Professional advice: Have a long publishing schedule for anything that includes first-party data audience lists. This allows the lists to grow and become more useful as time goes on.

How do we organize these campaigns?

This is not rocket science (as opposed to trying to fold a bed sheet).

Actually, there are different ways to do this. But I’m in favor of a more realistic separation of that, so I like to break things down at the campaign level.

Client B is the easiest architecture – import audiences from GA into Google Ads.

Go to campaigns and exclude your visitor audience for 365 days.

Boom, about to roll.

If you want to fancy pants on this, add the lists of similar audiences and audiences in the market that you have checked out as observable.

Do you want to feel like the star of every industry? Add in bid rate.

But yeah, client B is assigned.

Client N is a bit more complicated; They want to be visible in brand searches but separate repeat buyers from non-buyers.

Monitor to track new customer growth, measure some branding efforts, and determine if you need incentives for non-buyers who know our name.

Note that there is a similar setup for non-brands, which really incentivizes new shoppers.

For Client N, we duplicated our brand keyword campaigns.

One that is for the exclusive target audience of your remarketing list of purchases in the last 540 days (plus your CRM’s list of confirmed purchases) would be called a repeat.

The other campaign left out this remarketing list (and CRM list); This drive is called NTF (internal naming abbreviation is all you need to know why).

Over time, the list of 540s grows, so deals with non-buyers continue to go to those who have not bought before.

In Client N, the two campaigns mirror each other in terms of bid keywords, bid strategy (not recommended technique), and landing page.

The primary difference between them (besides the audiences you see) is that the designs are slightly different.

How do we define campaign success?

Frankly, “success” in this scenario is a relative term.

Like setting up my own little chicken farm in my backyard…in a city. There is no clear but / definite line, but more than one note to the audience.

For Customer B, the concept of success was along the lines of capturing a solid market share in our highly targeted geography to those who know our brand name but have never visited the site before.

In addition, if we can get our conversions cost-effectively against all audiences’ conversions, that will be successful.

There was no real measure of success.

There was just noticing the value of a new customer versus repeat customers and seeing how they perform.

So like I said before, “success” here is relative.

In my eyes, for the record, my little chicken farm is a success.

Professional adviceDon’t put your face near a chicken. They will bite you. Nor do they enjoy dressing up in costumes. Both of these statements are directly related.

With Client B, it was a lot of fun.

We said, “If you’ve been here before, we don’t pay you again!”

We measured data from all audiences of new visitors only seven weeks before the change versus seven weeks after the change (three weeks difference between the two holiday handling timeframes).

Not surprisingly, the CPC went up a bit, and the CTR went down a bit; These are not the end of the world differences.

Our conversion rate has reached 19%, and our CPC has increased by 50%.

But when you look at the relative numbers, it’s not quite as terrifying.

Due to the low cost-per-click for branding terms, our total CPA target was less than $10, which we weren’t worried about in this scenario.

It is important to note that if market share is our primary measure of success (translated here as impression share), then we are “successful.”

Yes, our traffic is down a bit (about 44%), but we’ve captured more brand awareness, and we’ve never been more visited by our site audience.

Again, we wanted to understand the difference in behavior between audiences and make it as clean and clear as possible.

The data was clear and insightful.

We finally understood what non-search marketing was contributing to a brand search query.

It also showed us that repeat purchases have a 7% higher average order value (AOV) and convert back conversion rate (CVR) 220%+ higher than a first time buyer on a brand term.

Basically, a brand’s repeat buyer, at a minimum (because our data is only eight months old), equals 206% more sales than a single buyer.

So what does it all mean?

More or less, what you already suspected.

But if you have to steer clear of branding—at least, to save a few bucks—don’t quit first-time participants.

They’ll get you into your CRM and help you show you the value of non-high funnel search marketing. 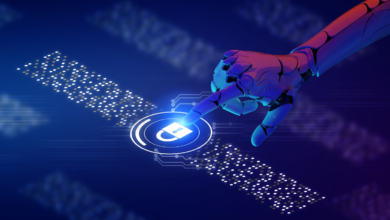 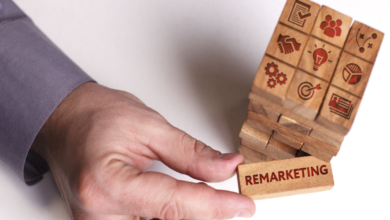 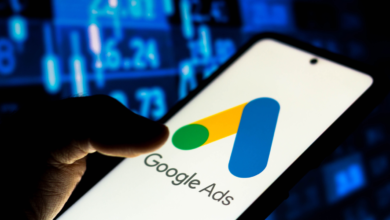 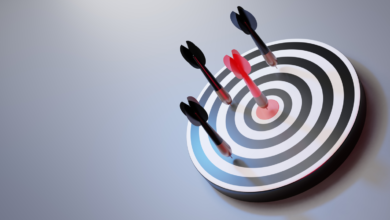 Improve SEM Performance With Your Own Unique KPIs