The full-size segment is a competitive segment with many great options and is among them. The Escalade has plenty of tough competition, including the , but luxury car buyers may want more options than those two full-size SUVs. Here’s a look at five full-size luxury SUV options that aren’t the Cadillac Escalade or the Jeep Grand Wagoneer.

, they are also excellent alternatives. The Yukon can be more affordable, too, starting at around $54,500 MSRP. Additionally, it sleeps up to eight guests and has 122.9 cu. feet of maximum load capacity.

The Yukon XL gets even more cargo capacity, as it maxes out at 144.7 cu. ft. That means both GMC SUVs have more cargo space than the Caddy. The GMC Yukon starts with a 5.3-liter V8, making 355hp and 383Nm of torque. It’s less powerful than the Escalade’s engine, and the Yukon combines only 17 mpg.

The Infiniti QX80 luxury SUV starts at around $72,000 MSRP and seats seven. It has a maximum cargo capacity of 95.1 cu. ft., which is much less than what the Escalade has. Infiniti has given the SUV a 5.6-liter V8, which produces 400hp and 413Nm of torque. That’s less horsepower and torque than you get from the Caddy. Additionally, the QX80 gets 16 mpg combined, the same as the Escalade.

it will be more expensive than the Cadillac Escalade, starting at around $87,000 MSRP. The standard version seats five but can accommodate up to seven with its other finishes. The LX has a maximum cargo capacity of 71 cu. ft., which is much less than its peers.

Lexus has given the LX a 3.5-liter V6, which gets 409hp and 479Nm of torque. It’s slightly less horsepower than the Caddy, but it’s more torque. Also, the Lexus is more fuel efficient, with 19 mpg combined.

The Lincoln Navigator full-size luxury SUV starts at around $78,000 MSRP, making it a few thousand dollars more expensive than the Cadillac Escalade. The Navigator seats seven and has a maximum cargo capacity of 103.3 cu. ft. That’s less cargo space than the Escalade has, but it’s more than many of its peers have.

Lincoln has given the SUV a 3.5-liter V6, which gets 440hp and 510Nm of torque. This makes it more powerful than the Caddy. It’s also more efficient, combining 19 mpg. 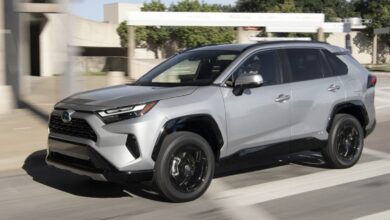 The Toyota RAV4 Hybrid Is Consumer Report’s Most Efficient SUV 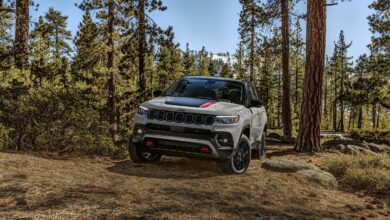 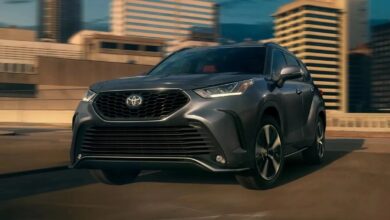 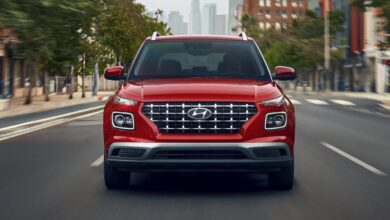 Cheapest New Hyundai Car Is the Most Affordable SUV Available